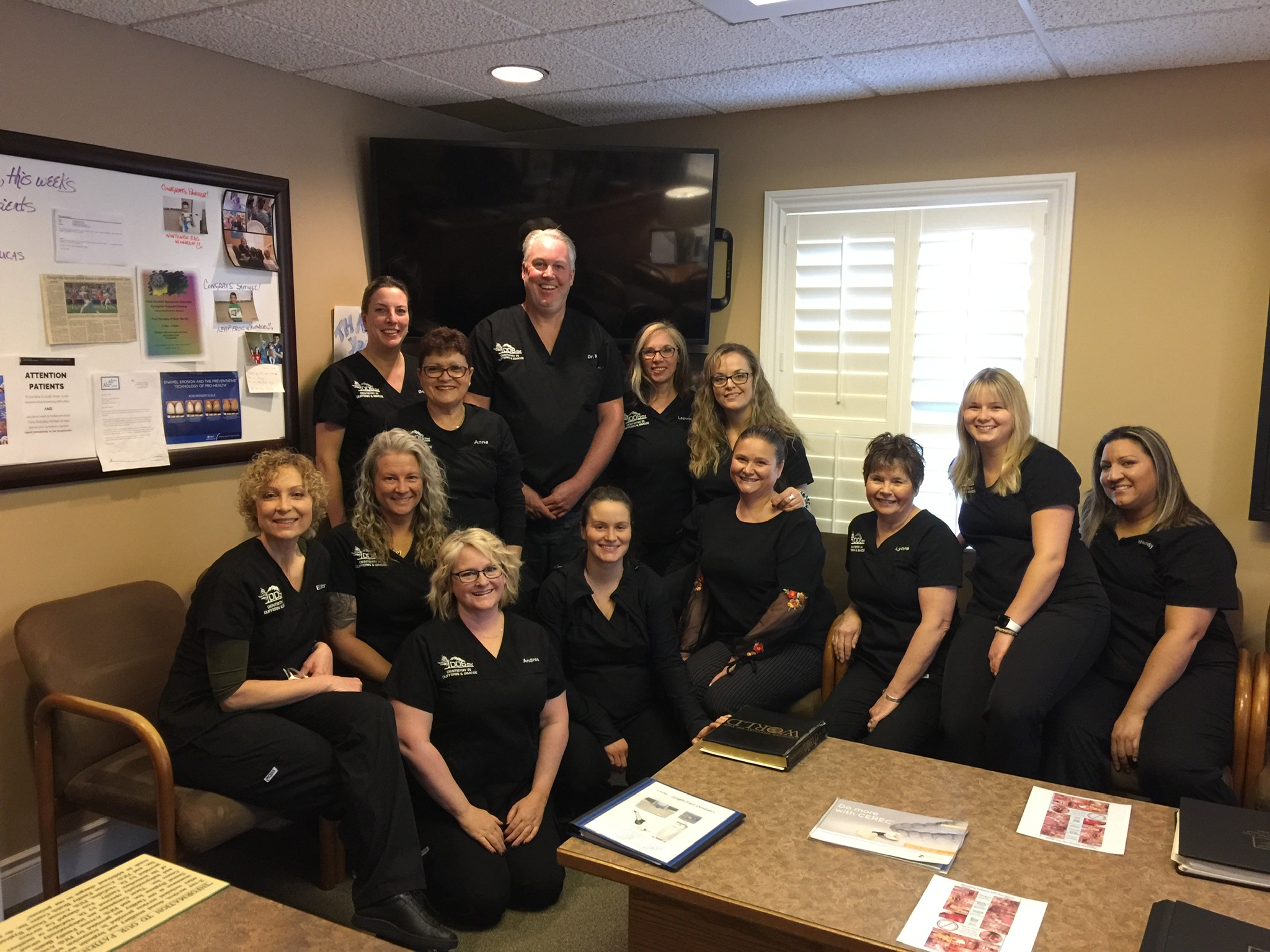 We are a team of general dental practitioners and dental health professions who strive to help you achieve and maintain optimum oral health. Whether you need a dental cleaning, a crown, implant, dentures, root canal or a smile makeover, we are here to help. Our office offers early morning, evening and Saturday appointments to fit your busy lifestyles and schedule 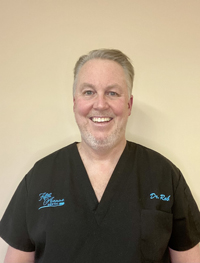 Rob was raised in the Orangeville community and has been a resident here since 1973. Upon graduation from ODSS, he continued onto the University of Toronto where he received a Bachelors of Science Degree followed by his Doctorate in Dental Surgery.

Rob returned to Orangeville to open his dental practice in 1994. He began with a single chair operatory in the Elizabeth Street medical building. In 1997 Rob purchased Fifth's Avenue current home on 75 Fifth Avenue and began renovations to open a four operatory practice. Today Fifth Avenue has continued to grow and now operates as a six operatory practice, along with a surgery suite. Rob has successfully integrated an associate, a restorative hygiene program, and a general anaesthesia team into the practice.

Rob is passionate about the advancements in modern dentistry. He has travelled across Canada and the United States and has achieved more than 3000 hours in continuing education. Rob is well versed in complex dentistry with his wealth of experience with orthodontics, implant dentistry, surgical procedures, and advanced cosmetic cases. In 2018 he implemented Cerec dentistry into the practice enabling our patients to have crowns completed and inserted in one day.

Rob and his wife Deb have raised their four children in the Orangeville Community. They have been involved with numerous associations in the area over the years including Orangeville Soccer, Orangeville Minor Hockey, Orangeville Otters, Orangeville Tigers and the Northmen Lacrosse. Rob and Deb are eager to join in fundraising efforts without our community including the Food Bank and Family Transition Place.
Rob spends his time out of the office beekeeping. His local honey has become a favourite to many. Rob and Deb are also avid hikers and can often be found on the Bruce Trail or the Credit Creek Conservation Trails. 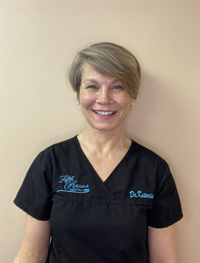 Dr Katariina Korhonen is a native of Finland. She graduated from the faculty of Dentistry at the University of Oulu in 1989. After practicing in Finland for several years, Katariina moved to Canada and obtained her Canadian License in 1996.  Dr Katariina joined the fantastic and energetic Fifth Avenue Dental Team in 1997.  Katariina continues to expand her knowledge of dentistry by taking continuing education courses in an array of fields including Clinical Diagnosis; Medical Emergencies; Nitrous Oxide Sedation; Pediatric and Geriatric dentistry; Endodontic Therapy; and Cosmetic and Restorative dentistry to name a few. 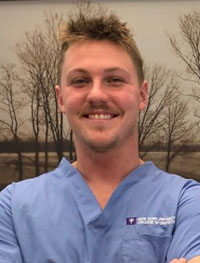 An Orangeville native, you may recognize Dr. Ben from his time playing lacrosse for the Northmen Organization, or his work in the community. In addition coaching his favourite game, Ben has volunteered with the Avalon organization, the Orangeville minor hockey association, and in 2007 he created a video documentary which received an award of $5000 from the Toskan Cosale Youth Philanthropy Initiative to be donated to Family Transition Place in Orangeville. As a junior lacrosse player for the Northmen, Dr. Vangalen received three community involvement awards for his work in minor lacrosse and in his final year he received the prestigious Northmen of the Year Award.

In addition to his numerous hometown accomplishments, while attending the University of Guelph Dr. Ben was awarded the Board of Governor’s Scholarship for his academic excellence, as well as the Fred Ramprashad Biological sciences medal for his dedication as a student athlete. As Captain of the Men’s lacrosse team, he was recognized as a CUFLA “All Canadian” four times, received three consecutive Most Valuable Player awards, and Defensive Player of the Tournament when the Gryphons were crowned National Champions in 2013.  After graduating with a major in Biological Science and a minor in nutrition and nutraceuticals, Dr. Ben left the small town life of Orangeville behind and made the move to Manhattan to study at the prestigious New York University College of Dentistry.

In addition to graduating “Cum Laude” in the top 10% of his class, Dr. Vangalen was inducted into the Omicron Kapppa Upisilon society for academic excellence. A school which graduates nearly 10% of all Dentists in the United States, the resources of such a massive institution as well as the diverse population of New York City allowed him the opportunity to receive unparalleled experience in treating medically complex patients and multifaceted treatment plans across multiple disciplines including esthetics, oral surgery, invisalign and computer assisted design. In addition to the exceptional training he received while in Manhattan, Dr. Ben was also awarded a certificate for his research and presentation at NYU on the submergence of implants in the anterior maxilla. After exceeded all ministry and academic requirements, set forth by the American Dental Association and the NYU College of Dentistry, Dr. Vangalen challenged the National Dental Examining Board, and as a result he is eligible to practice in Canada and the United States.